The news is everywhere; renewable energy is the future of the world. Nature’s own resources are being harnessed to produce energy that is considered to be clean and less harmful to the environment when compared to other sources of energy like fossil fuel. Over the years, investment in renewable energy went to an all time high with hopes of the world transitioning to using these energy resources. 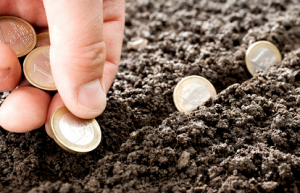 The shares of many companies involved in the renewable energy sector benefited from the new interest in green energy and soar to an all time high. Many investors rushed to grab a piece of the cake and automatically became green investors. Now after so many years, the outlook on the green industry is gloomy. The economic downturn has not helped matters and for a sector that thrives on government subsidies, it is beginning to waver as governments are forced to make cuts.

This has reduced the excitement that once fuelled investment in renewable energy. To further compound the problem, major investors in the sector are threatening to leave if governments of partner country don’t respect their own side of the engagement that is providing subsidies. If this threat was to become a reality, then it may mean the end of the green energy sector. Although it could be argued that companies in the renewable energy sector are not the only ones in the green investment sector, they are nonetheless the biggest players.

If you look keenly, you will find that many of the stocks of the major renewable energy companies have plummeted from when they first got enlisted in stock markets. There are investors who have lost almost all of their investments as a result of the fluctuating markets. But why change the lookout for such a sector that once looked so promising?

First of all, the success of the telecoms industry is not helping matters. Most investors are having a field day from investing in telecom. This has shifted the focus from other industry sector. Also, most of the industries rely on subsidies an aspect that may not be too appealing to investors. Also with the prices of fossil fuel on a rise, other industrial sectors like metals are also going to increase. If renewable energy was to expand, it would need metal thus driving the price of metal even higher. It becomes then difficult to predict the climate for investment in renewable energy in the years to come.

← Which Companies are Green? Find Out